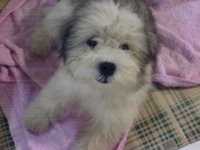 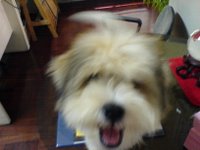 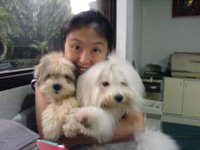 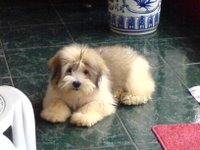 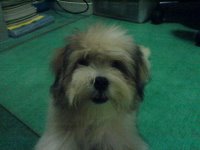 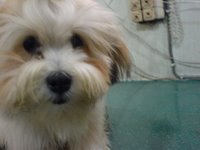 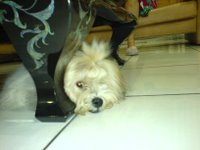 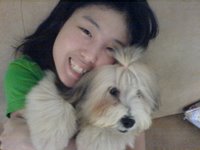 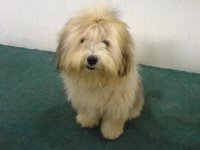 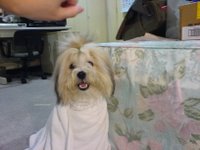 Jacob or as I fondly call him Jacob-bee; is our ‘male’ family dog, he’s the one who got Jenna pregnant – who is her half-sister by the way (they have the same dad). When he got to us (the messenger picked him up and he was kept in a box) he was so madungis and we think he puked (he got dizzy from the ride siguro). We had the helper bathe him, but still after his bath – he still had this funny smell.

Jacob is a super energetic dog. Super energetic meaning there’s no stopping is playfulness! When I reprimand him, he still thinks I’m playing around. He’s not as bright as Jenna but somehow, I was able to teach him how to stay flat and how to ‘sleep’ – that is lying on one side. He’s so photogenic! In pictures he looks so cute, so angelic and so peaceloving! But in reality, he’s so naughty and playful!! He barks like crazy – he’s male dog but his bark – it has this shrieking sound!! He barks like crazy whenever there’s a visitor or a stranger, but when this person wants to go near him – he backs away and hides!! Cute huh?!

Just recently, my mom and I found Jacob’s hair full of matts! We’ve had him groomed, de-matted him but still, there were matts. After a week, my mom and I decided on cutting his hair. We didn’t realize that we had to follow a certain pattern – so that his hair would still look nice. We cut and cut, we cut all the matts we saw, and when finally we were satisfied – WE WERE HORRIFIED because Jacob looked scary! He looked like he was wearing a ruffled shirt! That’s how bad the haircut was. But nevertheless – I didn’t love him less.

Jacob’s so endearing at times. He’d come to me looking sad, yun pala he just wants to be put on my lap – so he can sleep!! Ang lambing diba?? But there’s one thing he needs – that’s a fresher breath!! Gosh, his breath smells like – I can’t really decribe it but it stinks! It really stinks… But still – I love Jacob!! 🙂