I honestly don’t know what a BL series was until I watched the first episode of the WeTV orginal – My Gear Your Gown. I was surprised because I didn’t know that such genre existed! BL series is known as a boy love series. This is all so new to me and it was a very very interesting first foray into the genre.

After a full and busy WFH day, you deserve a bit of “me” time – best spent indulging in your newest streaming obsession – the quirky, dramatic and romantic Thai BL series My Gear and Your Gown. It’s got all the feels, and so much more. The show premiered on WeTV and iflix this week, with a fresh episode dropping on Mondays; and you can watch it all for FREE. 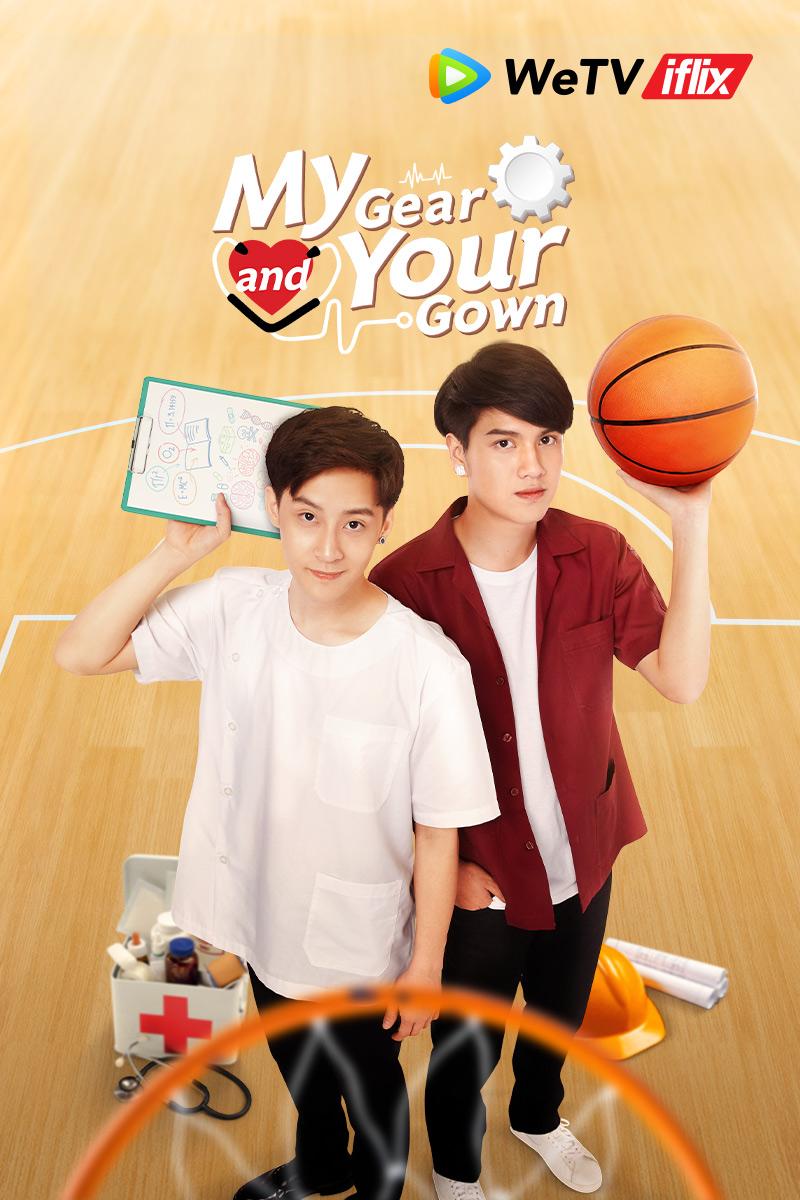 In My Gear and Your Gown, “Dr. Pai” is a clever medical student who used to be the nerdy head of the school’s academic club. He lacked the confidence to believe that he could find love. On the other hand, ‘Itt” is a handsome engineering student who is the ex-president of the sports club. Always the popular guy, he loves being in the spotlight. Fate leads Pai and Itt to cross paths again and fulfill a promise from long ago.

Select members of the press were treated to an exclusive sneak preview of the series’ pilot episode during the online launch event held on September 14. Hosting the program is the iconic Tita of Manila, Auntie Julie, who entertained the attendees with her trademark humor and “Tita quotes.” After a few short remarks from the WeTV and iflix Philippines country head Georgette Tengco, it was time to settle in and watch the show.

My Gear And Your Gown is a WeTV Original production. Don’t miss the next episode on Monday, and share your thoughts on the characters (and who should end up together) on social media. Can’t wait until the following week to see what happens next, sign up as a WeTV VIP or iflix VIP subscriber and get to watch a second new episode ahead of everyone else.

iflix is Asia’s leading streaming platform featuring the best in local, regional, and international content, which can be seen in Indonesia, Malaysia, Thailand and the Philippines. WeTV is home to Asian Premium content featuring the best shows from China and the rest of Asia. You can download both the iflix and WeTV app on the App Store and on Google Play.

Tencent Video is China’s leading online video platform with over 100 million paid subscribers, and WeTV is a product launched by Tencent Video for overseas users. Since 2019, WeTV is now available in these markets: Indonesia,  Malaysia, Thailand, Philippines, India, and others. WeTV is the first Chinese streaming service platform to be launched in multiple overseas regions. The platform is centred on high-quality Tencent original Chinese language content and continues to expand quality content in other Asian countries and regions.

Previous Post: « #MakeItFit challenge with Fitness Gourmet and I lost weight!!
Next Post: NO to an Academic Freeze »