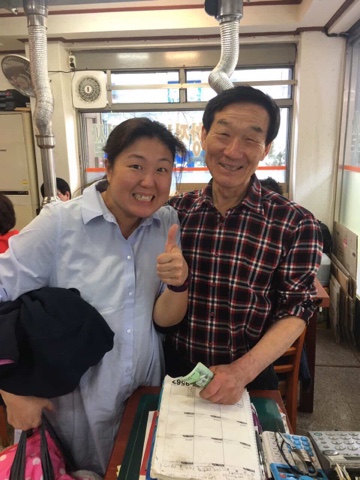 Isn’t angkong cute?  Hihi!!  He reminds me of the angkong in the movie Up! If in case you find yourself in Jegidong (Herb Medicine area) or in Jegidong Station.  This restaurant is nearby Exit 3.  Go out of Exit 3 and just walk straight and turn right on the first street on your right – walk a few meters and it’ll be on your right side.  It’s the only restaurant with those expandable exhaust hanging from the ceiling.  The only english words you’ll see is SINCE 1979!  Hahah.. Good luck!