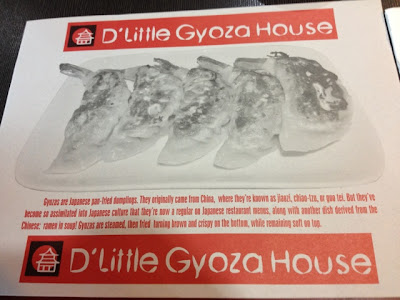 I’ve been seeing this place for months now, but it was only yesterday that I was able to go and check this place out.  It was just after office hours and so I was the only person there.  The location is quite weird because you won’t be able to see it unless you pass by Miller Street often, and Miller Street isn’t exactly a high traffic street for restaurant seekers – the area is actually mostly warehouses mixed in a residential area.  The signage is quite small, so if you are coming from Baler Street – its not really visible. 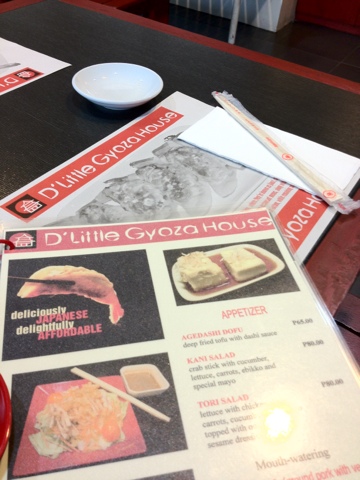 So yesterday, I went and ordered their Orginal gyoza and Chili gyoza for take out.  The service was quite fast because I was the only one there (it was just after office hours).  The waiter was also nice enough to suggest that I try their other dishes like the fried rice and ramens.  But since I was only after the gyozas, I politely declined.

While inside the car – the wonderful aroma of the gyozas taunted me!  They smelled soooo wonderful!  When I reached home – I immediately took a bite of the original gyoza and it was good!  It wasn’t the best but it was good enough!  For the price of P120.00 for 5 pieces of gyoza – I think it was already worth it!

I wasn’t able to get pics of the actual gyozas because we ate them all!

I’m planning to go back again to try their other dishes.