For the first time, the LOOOOOOOONG weekend felt like a long weekend. It started out slow for me and eventually ended slow too!:)

Friday night, I was supposed to go to the gym with my Panget, to sweat it out using the transport, but unfortunately – I got tamad and so did he, thus – we just watched TV and a movie – I already forgot which movie on TV!! Zowee (the only girl pup) was with me while watching TV – she had a slight fever.

Then came Saturday. The day my high school friends and I decided to make it go at travelling to Meycauayan, Bulacan to see and possibly purchase early Christmas Gifts because there was a garments sale of various brands. The sister of my Panget was able to purchase 3 outstanding shirt that were just Php300.00 a piece. Great buy huh?! Well, we went and tried our luck. We were supposed to leave at 8:30 in the morning but then we were late (as my Panget was expecting) but then again, there was no traffic – everything was smooth sailing. That is until we got the warehouse. Upon entering the warehouse – it looked like a day market, people falling in line to pay up, and people scrimmaging all over the place trying to look for a steal. Once I saw what I saw – I was kinda discouraged – one, it was getting hot – there was no aircon! two, there were a lot of people(thus it got me thinking – I might bump into them one day and we’d be wearing the same thing!) so I just walked around and observed people on their reactions to shopping. We were there for about an hour or so – my Panget was able to purchase some polo shirts he could wear to the office – the items he picked were okay – they were unique (and cheap!). Next, I saw my friend Lyn holding kiddie clothes! She was telling me how cute they were and that she was excited to give it to her nephew. They were really cute – for a kid.. 🙂 We got out in time for lunch – my friends were eager to try out and eat at the Pampanga junction – where the BEST sisig is at. But my Panget discouraged them because he felt it was too hot (sabagay tanghaling tapat ba naman), and so we opted to eat in Omakase in Tomas Morato. The food there was okay (according to my friends and my Panget) I wasn’t able to try the food since I am on the SBD.. 🙂 The Omakase craze did not end here! My Panget was eager to show is folks this place thus they decided to have dinner there! 🙂

Sunday was a pretty slow day – well, I woke up earlier than expected because I had to call the helper at my Panget’s house to tell her what to serve my Panget. After that, I played with the puupies – damn are they growing fast!! Zowee was still noticeably quite and inactive. But nevertheless, he fever has gone down. She’s still not eating – I wonder why. By the time it got to 1:00pm I was getting impatient on when I would get picked up by my Panget to go to Greenhills. Then after a few minutes – my mobile rang – it was a message from my Panget – informing me that he was on his way to get me. Thanks goodness!! We then picked up his sister and on we went to Greenhills. It was a really slow day. I went to meet Jasper (an old good good friend of mine) in Starbucks – we discussed about his carpet requirements afterwhich we chatted. I still can’t believe that he’s already married!! 🙂 Ah… the good life – he looks good by the way – I guess marraige suits him.. 🙂 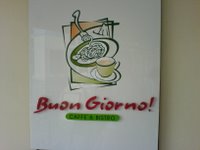 I had to wake up at 4:45am on Monday because we were going to hear Mass at the Pink Sister’s Tagaytay. Fortunately, my mom woke me up because I set the alarm clock wrong! I punched in PM instead of AM! Dammit! The travel was okay, there was no traffice obviously, and we arrived on time. It was strange because we thought we were late. Then when my mom proceeded to sit on the front pew – the mass began. Was it a coincidence? I think not! The weather was soo cool! It was just the right temperature, although I was wearing a skirt – and got cold a bit – It was nice to be in that weather. The Mass was so swift! We were done in 30 minutes! Apparently, there was no homily! Should I be thankful or not? Haha.. After Mass, we went into the Parlor of the Pink Sisters – they sang Happy Birthday for my mom.. 🙂 Last year when they sang for my mom – she almost cried! I think now, she was also trying to hold back tears. But at least she was happy and radiant! 🙂 She deserves it! 🙂 We left the convent rearing to get to Breakfast at Antonio’s, to our dismay – my dad suggested we go somewhere else, a place with a view. Thus we ended up eating at Buon Giorno! The place was nice – the food looked delectable – but the service – well, it SUCKED big time. Our orders came in late. There’s a clincher in this part. My mom was sipping her tarragon tea when she spit all that she was sipping back into the cup! I was astounded by what she did – she looked horrified – why? Well, there was a HUGE fly swimming in the tea! Good thing my mom did not gulp the fly. Thanks goodness for that!! 🙂 As for the food – well, as my brother, dad and mom would always say – NOT BAD. But what does that really mean? I don’t know!! Overall – the short Tagaytay trip was okay. I even took shots of the golf cake that was left(or rather ‘sitting’ there until the owner comes back) and the small signage of the restaurant. 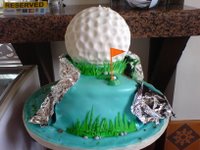 After coming back to Manila – my Panget and I went to Greenhills – AGAIN! This time – we concentrated on walking around and about Unimart and chatting with Jenn (my new found friend who will go with me to the Baking Demo) AFter our Unimart stint – we proceeded to Starbucks – AGAIN to chill out. Dinner? Well, we had dinner at Wah Yuen in Banawe. Too bad Jenn was not able to join us. Her aunts were pestering her to join them for dinner.

So, was it also a looooooooooong weekend for you guys too?? 🙂 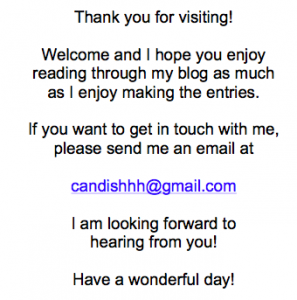